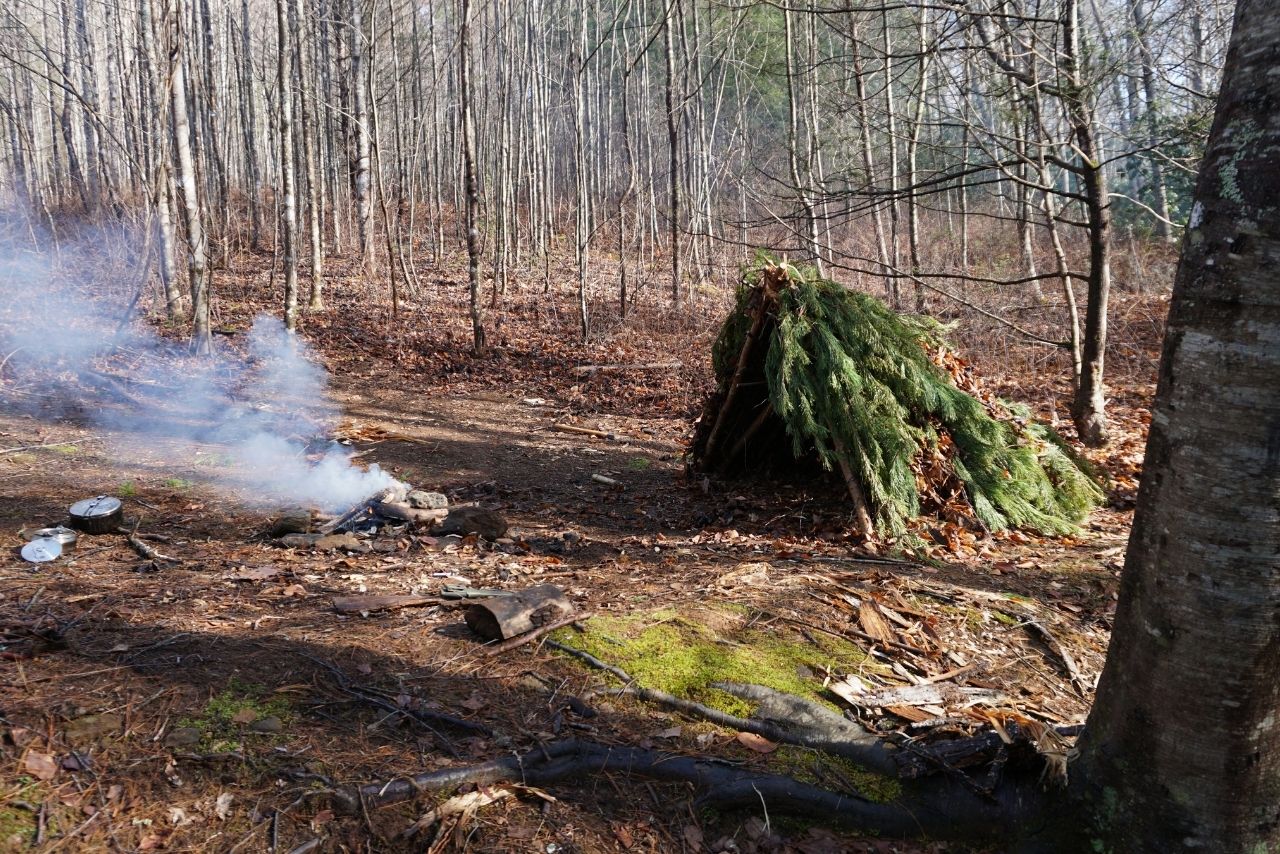 What is prepping and how should you go about it?

Prepping is one of those widely misunderstood terms that people often don’t know what to make of.  And in their defense, it is an awfully broad term which makes defining it even harder.  And while we can’t and won’t narrow the term down to something more specific, we can explain it in a bit of detail.

So, what is prepping and why is it something everyone should be aware of?

Realistically, this subject is so massive that we can write a whole book about it and still only scratch its surface.  Instead, we’d rather detail it bit by bit in a series of articles.  In that sense, this text is a sort of prelude to the whole concept.

Prepping is virtually any act of preparing oneself for potential unfortunate eventualities.

People usually take that to mean that prepping means building a nuclear bunker and stuffing it with water tanks, canned foods, and adult magazines.  Or, at least that’s what Hollywood has led most people to associate with prepping.  And, yes, technically that’s prepping too.  But it’s also much more.

Prepping also means simply getting an off the grid cabin-type property that you can retreat to if need be.  It also means making sure your finances are stable and you have secure back-up sources of income.  It also means having a minimum amount of safely stored food and water, usually for at least 2 weeks.  Prepping is also making sure that you have back-up sources of food, water, and power.  It’s also the developing and mastering of certain self-reliance and survival skills.  Preparing a nice bug-out bag or survival backpack just in case is also prepping.  And so are a myriad of other things.

What are the 6 different types of prepping?

Because prepping is such a broad term, it can easily be divided into several main categories.  These more specific types of prepping are easier to define and understand.  This also makes it easier for people to figure out exactly what they want to prep for and how they should go about it.

Here are the 6 main types of preppers we can differentiate:

This is what most people imagine when they think of prepping.  The “hardcore” group of preppers, these are people who want to make sure they and their family always has a back-up plan.  Emergency disaster prepping includes building a shelter, stockpiling on food and water, as well as the acquisition of a power-generation system.  These preppers will also make sure that they have good water filtration methods for getting more water.  Food generation is also important, usually in the form of gardening, fishing, or hunting.  Air filtration and waste disposal systems are often ignored but equally vital.

Emergency disaster preppers may be the most well-known group but they are also the most misrepresented group.  In movies and the media, they are often portraited as paranoid wackos who don’t feel safe unless they’re in their underground bunker.  The reality is usually different, however.

Emergency disaster preppers are usually people who live in areas prone to natural disasters such as hurricanes, forest fires, earthquakes, etc.  And while underground bunkers are an option, most people opt for off-grid rural properties.  A nice cabin in a small piece of land in the nearby mountain range is one of the common examples.  The cool thing about this type of prepping is that such off-grid properties can double as family summer houses.

A simpler but similar alternative to emergency disaster preppers are gardening and homestead preppers.  These are people who also usually aim to get an off-grid rural option in case of emergencies.

The difference here is that gardening and homestead preppers will usually do that for economic and social reasons.  This type of prepping isn’t so much worried about natural or militant disasters but rather of economic and pandemic problems.  That’s why these preppers don’t go so much for 100% off-grid properties but mostly for rural farms and homesteads.

This type of prepping gives you a back-up in case of an economic collapse, social turmoil, or something similar.  Such prepping gives you the ability to lead a self-sufficient life if you need to.  However, it also leaves the door open for social interactions in rural communities.  Gardening and homestead preppers are also usually a more long-term option.  Compared to that, emergency disaster preppers can seem a bit short-term – until the disaster passes.  Combinations of both are also popular, however.

Green or solar tech preppers are people who are worried about a possible (some might say imminent) power crisis.  These preppers focus on the fact that people are overly reliant on finite fuels and power sources.  This matters because as time passes and these fuels become sparse, greener, and solar options will become more important.

Green tech preppers can be viewed as a subtype of emergency disaster preppers.  In their case, however, the emergency they’re worried about is a power crisis.  These preppers are also more green- and environmentally-minded.

Their interests are usually more than just for their safety and the safety of their families.  Most other preppers will invest extra resources as a form of insurance.  Green tech preppers, however, also aim to just make their lifestyle more energy-efficient.  This means that even if the disaster they fear doesn’t happen in their lifetime, they’ll still be better off.

Self-defense preppers seem pretty self-explanatory at first.  These are people who want to make sure they are always capable of defending themselves, their families, and their homes from intruders.  They are also virtually universal and can be found both in urban, suburban, and rural areas.

In terms of how they choose to defend themselves, however, self-defense preppers can differ quite a bit.  In the U.S., getting a gun and going through some gun training is a lot of people’s go-to.  After all, wherever we or you stand on the issue of gun laws, firearms are incredibly effective for self-defense.

They aren’t the only option, however.  Many people also like to focus on other self-defense methods, either instead of getting a firearm or together with it.  Such methods can include:

And then, there are also the various home-defense systems you can employ.  Things such as security doors and windows and proximity alarms can make your home much safer from any intrusion.  This can even be viewed as a different type of prepping altogether but we’d rather view it as a sub-type of self-defense prepping.  Home-defense prepping does involve a lot of the similar too as self-defense,  including guns, tasers, pepper sprays, and hand-to-hand combat training.

Probably the broadest type of prepping is financial prepping.  Most people with at least a stable income today know how important it is to be financially secure.  This type of prepping usually includes home, car, and life insurance, a decent healthcare plan, a retirement plan, side investments, etc.

The gist of it to make sure that you can always have back-up finances or resources in case of a personal or national financial crisis.  And of all the types of emergencies and crises, preppers are worried about – financial crises are the most common ones.

Another way to prep for a financial crisis is to invest in other resources.  Gold and precious stones are a common example but many people today prefer more digital alternatives.

Professional prepping is also an alternative here.  This involves making sure that you have back-up career opportunities just in case.

Some would argue that to qualify as a “digital prepper” you need to be extra-prepared and that can be a valid argument.  For many, digital preppers are the people who use crypto messaging and cryptocurrencies to stay safe.  Either way, the main reason for digital prepping is the fear of identity fraud and other cybercrimes.

As you can see, prepping is much more than just going to a bunker, afraid of a nuclear holocaust or an alien invasion.  Preppers are people who want to protect themselves from various different things.  And, sure, some are extra rare and obscure, but most are things that do happen on a regular basis.  Here’s a quick list of the things most preppers keep in mind and try to avoid:

How to start prepping?

So, what should you do?  The answer here will depend entirely on what type of prepping you’re interested in.  Different preppers will recommend different things, however, they all start with the same 3 initial steps:

And that’s our summary on what prepping is.  As you can see, it’s a very extensive topic and is much more than just turning your basement into a bomb shelter.  Instead, prepping can be described as a way of life.  It’s knowing what you should be realistically worried about and taking the necessary precautions.