Survival Cabins Are A Great Place To Go During A Pandemic 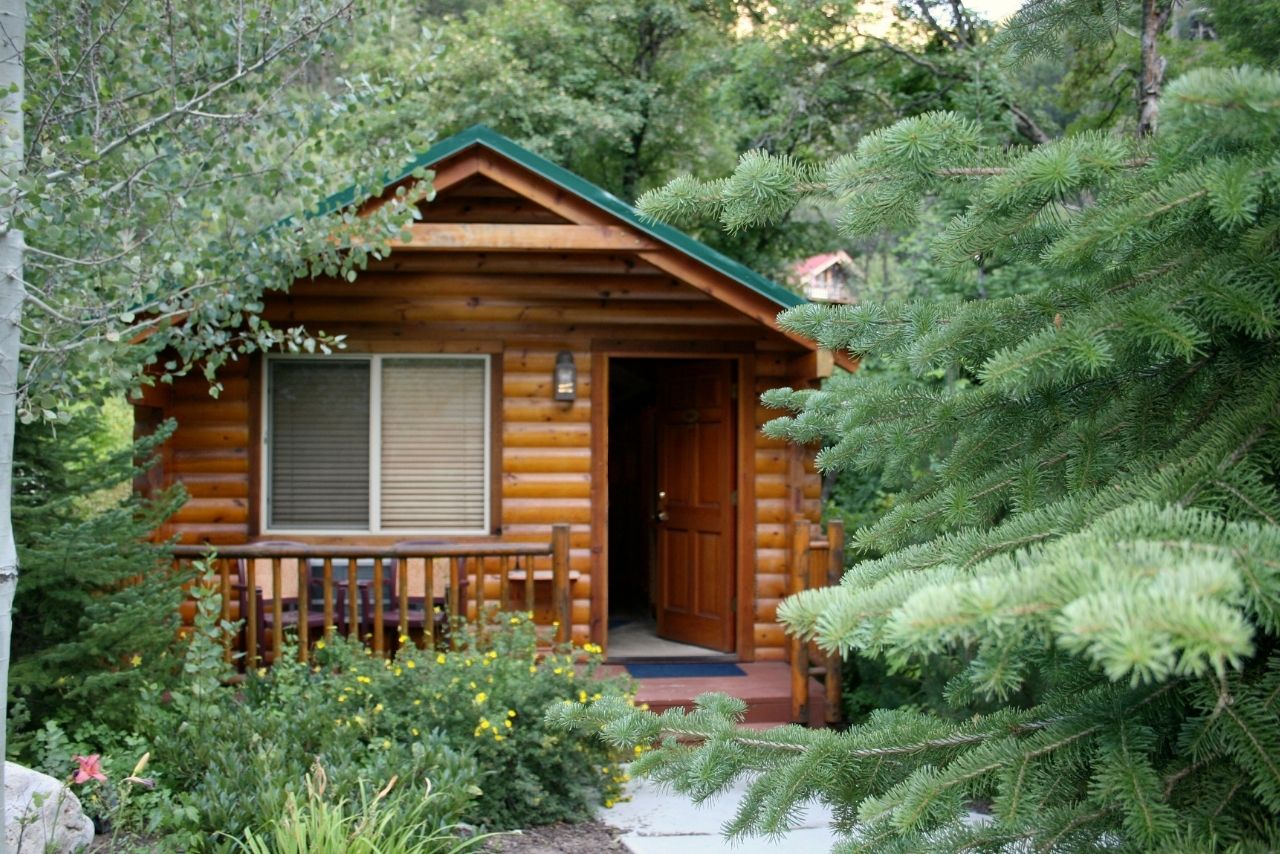 Building a survival cabin – why, where and how

Building a whole cabin all by yourself or with just one extra pair of hands sounds challenging, doesn’t it?  And indeed it is.  Hopefully, you’ll never have to do something like this on short notice.  As with most other survival situations, however, it’s better to can and not have to than to have to and can’t.

So – survival cabins.  What are they, how do they differ from normal cabins, and when should you consider building one?

What is a survival cabin?

Survival cabins are to normal cabins what survival food is to normal food.  They are simpler, easier and faster to make, and they’re intended to satisfy your basic survival needs.  They can be made exclusively out of wood and other readily available forest materials.  They can also be made by a single person but are a better-suited task for at least two people.

In essence, a survival cabin is a type of emergency shelter that you should be able to make if need be.  However, it’s rarely something that you would want to live in long-term.

The basic difference here is that if you have extra time, resources, and help available, you’re likely making just a cabin.  If you’re building it for comfort, if it’s well-insulated, and a pleasure to be in – it’s a cabin.

If, however, you’re building it out of necessity and you’re pressed for time – it’s likely better classified as a “survival cabin”.

That being said, a lot of preppers will build cabins with the purpose of acting as “survival cabins” if need be.  That’s one of the defining features of a prepper – they make things they may not need in preparation for what might happen.  We’d still definite those cabins as just cabins, however.  If you’ve had the time and extra resources to make them however you want to, they’re not built in survival circumstances.  Such a cabin can be made out of brick and stone, it can have a stable foundation, and it can even have furniture and appliances in it.

In such a “prepper cabin” you can create waste disposal systems and you can stock it up with food and water.  You can even lay solar panels on it if you want – with enough time and resources you can make pretty much anything you want.

A survival cabin, on the other hand, is something you can build with just an axe and the trees around you.  It’s meant to shield you from the elements as well as from the wildlife around you.

Survival cabins vs other types of emergency survival shelters

If you’re in an emergency survival situation, however, why build a whole cabin?  Surely there are other, faster types of shelters you can build instead?

Indeed there are.  There are all kinds of lodges, tipis, tarp shelters, and huts you can make instead.  Most of them are much smaller, simpler, and faster to make then a cabin.  Some don’t even need an axe or other tools to build and can be made with just sticks, stones, and leaves.  And, of course – you should always have a survival tent with you anyway.

A survival cabin is a more elaborate but also more effective shelter, however.  It’s what you can and should in the following situations:

These are some pretty specific circumstances but they do happen.  In many cases, you might be fortunate enough to get by with a simple tent.  However, if you need a more comprehensive survival shelter, it’s important to know how to make it.

What tools do you need to make a survival cabin?

Ideally, even in a survival situation, you’ll have at least some extra tools with you for such a construction.  It’s doubtful that you’ll have everything you need in a truly dire situation of course.  However, there are certain multi-tools designed for survival situations such as survival axes, survival shovels, and others.  These are designed specifically to act as multiple tools all in one and to be an easy, lightweight inclusion in a survival backpack.

So, let’s list all the tools you’ll ideally have for a survival cabin.  Then we’ll see what’s the bare minimum you can do it with too.

All of the above range from survival must-haves (the axe and the shovel) to unlikely but not unrealistic inclusions in your survival gear.  The tools we’ll list below are highly unrealistic for any standard survival gear because they are too specific.  However, it’s worth knowing about them.  For one, you can take them if you know you’re going to need shelter.  But you can also fashion replacement for them with your axe if need be.

In essence, if you’re truly pressed, you can make a whole survival cabin with just an axe and all by yourself.  It will be an exceedingly difficult task, however.  Having a second pair of hands and at least one or two more tools will be of great help.

The best extra tool to get in addition to the axe will be the mallet or the peavey.  And if you have a buddy helping you out – a second axe!

Where should you build a survival cabin?

Ideally, you won’t be in a survival situation and you’ll just be building a cabin.  In that case, you’d have to do it on your own private property.  Building cabins – whether as a summer home or prepping for survival situations – is not allowed on public land.  That’s precisely because then it wouldn’t be classified as “survival shelter”.

If you do need to build a cabin for survival, however, you can build it wherever you need to.  In those cases it’s best to keep these factors in mind:

How to build a survival cabin?

We can’t possibly dream to compile a full architectural course in a short internet article.  Still, here are the basic pointers you’ll probably want to keep in mind:

And that’s about it! If you’ve done everything carefully and diligently, you should now have a nice, secure, and stable shelter.  It won’t be your dream summer house but it will do for protecting you against the elements and wildlife.