Off The Grid Internet 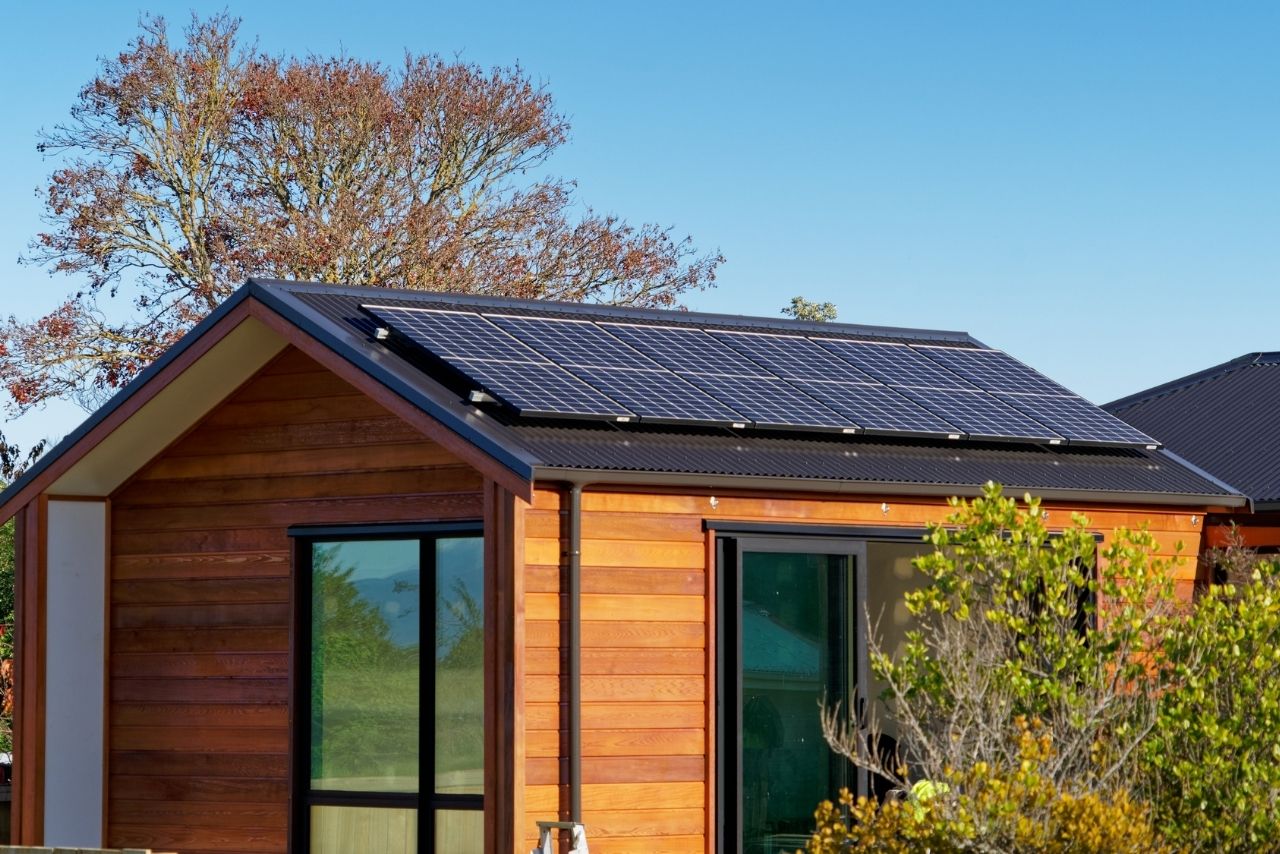 Off the grid internet

There are lots of advantages to living an off the grid rural life.  Safety, good air, nature, peace and quiet, distance from social turmoil and unrest, to name a few.  That’s why more and more people opt for such a life in the countryside.  It’s an especially good idea if you have a long-distance job.  It also helps if you tend to be more of an introvert.  If those ring true, an off the grid rural life might be just right for you.

Still, off the grid life has its disadvantages too, or at the very least – it’s hardships.  One of the surprisingly crucial ones being the limited internet options.  Off grid cable and fiber-optic internet are quite scarce which is unfortunate for those who work online.  Instead, off grid WiFi, DLS, LTE, and satellite tend to be people’s options.

So, what are the differences between those and which one should you choose?  We’ll go over all of them here.

Getting remote internet for your rural home

Ideally, you’ll be lucky enough to have access to high-quality cable or fiber-optic internet in your new countryside home.  You can even try to ensure that by choosing your new rural home with that in mind.  It can be hard to do so, however, as that’s rarely an option – that’s why it’s called “off the grid living”.

So, with cable and fiber out of the question, what are your options?

If you’re looking for off grid WiFi, that’s usually your best choice.  It’s also available in most areas with cellphone reception which is nice.  Providers such as AT&T and Rise Broadband are available in ~20 states each and their coverage keeps expanding.  Fixed off grid WiFi is acquired via an antenna you’ll have to install on your home’s room.  The service provider simply transmits the signal from their fixed location to your antennae.

From the antenna, the internet is then directed to your router.  And from your router – to every device in your home.

Off the grid mobile internet is one of the more popular options because of its wide coverage.  Providers such as AT&T, Verizon, T-Mobile, and Spring are the most popular choices but there are alternatives as well.  There are quite a few “mobile virtual network operators”, or MVNO’s, that resell service plans for the major carriers.

Either way, how mobile wireless internet works is by simply turning your phone into a hotspot.  This means that as long as you have coverage for your phone, you’ll have internet in your home.

The drawback here is obvious, of course – mobile wireless internet plans have even lower data caps than fixed wireless ones.  15-20 GB caps per month are usually the best you can hope for with 5-10 GB caps being even more common.  So, for heavy internet users, this is almost immediately disqualifying.  Even if you don’t care much for online streaming or social media, it’s still a problem.  10-20 GB is basically just enough for communication.

Another drawback is that if you want to go for a hike and take your phone with you.  Your home will be left without a hotspot for the rest of your family.  You’ll effectively be taking the “router” with you.

If that’s ok for you, however, then mobile wireless is actually a good off grid WiFi option.  It’s accessible almost anywhere, and it’s 4G LTE speeds can reach up to 15+ Mbps.

If data caps are a problem, your best bet would probably be DSL internet.  DLS stands for Digital Subscriber Line connection.  Simply put, that’s the internet transmitted through telephone lines.  This means that DSL internet is delivered simultaneously with your wired telephone service.  And thanks to DSL filters installed on eacn non-DLS outlet, you can use both your phone and DLS internet at the same time.

The main problem here is obvious – not all “off the grid” locations have telephone lines.  In fact, that’s pretty much in the definition of the term “off the grid”.  Still, you might be surprised how common DLS internet is in rural countryside areas.  If you don’t have access to cable or fiber-optics, DLS should be the next thing to research.

The two standard DLS internet providers are CenturyLink and AT&T, however, there are also Verizon, Frontier, Windstream, and others.  One of the more popular CenturyLink plans offers a 1 TB data cap with speeds of 20 to 100 Mbps for $49 per month.  Most AT&T plans are similar to that and if you’re looking for an even higher data cap – Frontier and Windstream are limitless.

All in all, when you have it as an option, DSL internet offers decent speeds and plenty of data.  This alone makes it a superior option to mobile and fixed wireless internet for many people.  Keep in mind, however, that the quality of the internet can get quite lower if you’re far from the ISP (Internet service provider).

For “truly” off the grid living, many people are forced to settle with satellite internet.  Right off the bat, this paints satellite internet in a bad light.  Satellite internet does bring a lot of benefits to the table.  For one, it’s available nationwide.  It requires zero wirings through neighborhoods and roads.  All you need is one satellite dish on your house’s roof and you’re good to go.

Viasat and HughesNet are a couple of the more famous providers but there are others you can look up as well.  They offer speeds ranging from 12 to 100 Mbps at prices ranging from $30 to $150 per month.  You’ll still have to contend with data caps, however.  Those will usually vary between 10 GB and 100 GB per month, depending on the plan and the provider.  Most if not all satellite internet providers will also allow internet access even after the data cap has been reached.  The difference being that the speed usually drops to 1 to 3 Mbps until the next month.  That’s still faster than dial-up though but we’ll talk about that below.

There are two major problems with satellite internet:

The weather conditions are another problem.  Granted, fixed and mobile wireless internet can also be affected by bad weather but satellite is even worse.

In short, satellite internet is an option many off the grid areas are forced into because the other options are unavailable.  And as far as staying connected to your friends and family, and keeping up with the news – it works.  Satellite internet providers offer generally well-priced plans with often decent speeds.  Just make sure the latency and weather fluctuations aren’t a problem for your work.

We won’t give dial-up any more time than it needs – don’t opt for dial-up internet unless you absolutely have to.  It offers lackluster speed and it works through your phone landline.  Thankfully, it’s days are almost over.

What you should consider before picking your internet provider

So, which of the several options above should you go for?  That will depend on several factors and personal preferences you may have:

Sadly, a lot of people living off the grid don’t have too many options when it comes to remote internet.  Many of us are stuck choosing between mobile wireless and satellite as we don’t have another option.  So, instead of researching everything ahead of time, first take a look at what your options even are.

Speed is one of the major factors for most people.  If you’ve never looked into it and you have no idea how fast your current internet is, take a look at the FCC’s recommendations.

According to the Federal Communications Commission, these are the minimum download speeds you should be looking for based on your needs:

If these speeds seem too good to be true, keep a couple of things in mind:

3.   How reliable your internet’s up-time is going to be?

Do you only want your internet for checking your email and look at the news?  Then you probably don’t care too much what its up-time is going to be.  Up-time refers to how often your internet will be fully available.

People in urban areas don’t give it much thought as the up-time there is pretty much 24/7.  However, that’s not always the case off the grid.  Sure, there’ll always be routine maintenances.  But if the up-time is significantly lower due to weather conditions, you need to consider whether you’re ok with that.

4.   What price are you comfortable with?

We’ve detailed the price differences between the main off grid WiFi options above.  The rule of thumb is to not compromise quality for a lower price.  However, it’s also important not to overpay for a service that doesn’t work for you.

Whether you work online or you just need your internet for news and entertainment, quality matters.  We’re well into the 21st century and living off the grid no longer means living with no internet.  It’s just too important of a commodity to pass up.  Even in survival situations, having a good internet connection can often be a life-saver!

With all the research done and your preferred remote internet provider and plan picked out, you’re now all set!  Before we go, here are a few more off grid WiFi tips you might want to keep in mind: