Best Survival Revolver Will Make A Huge Difference For Survival 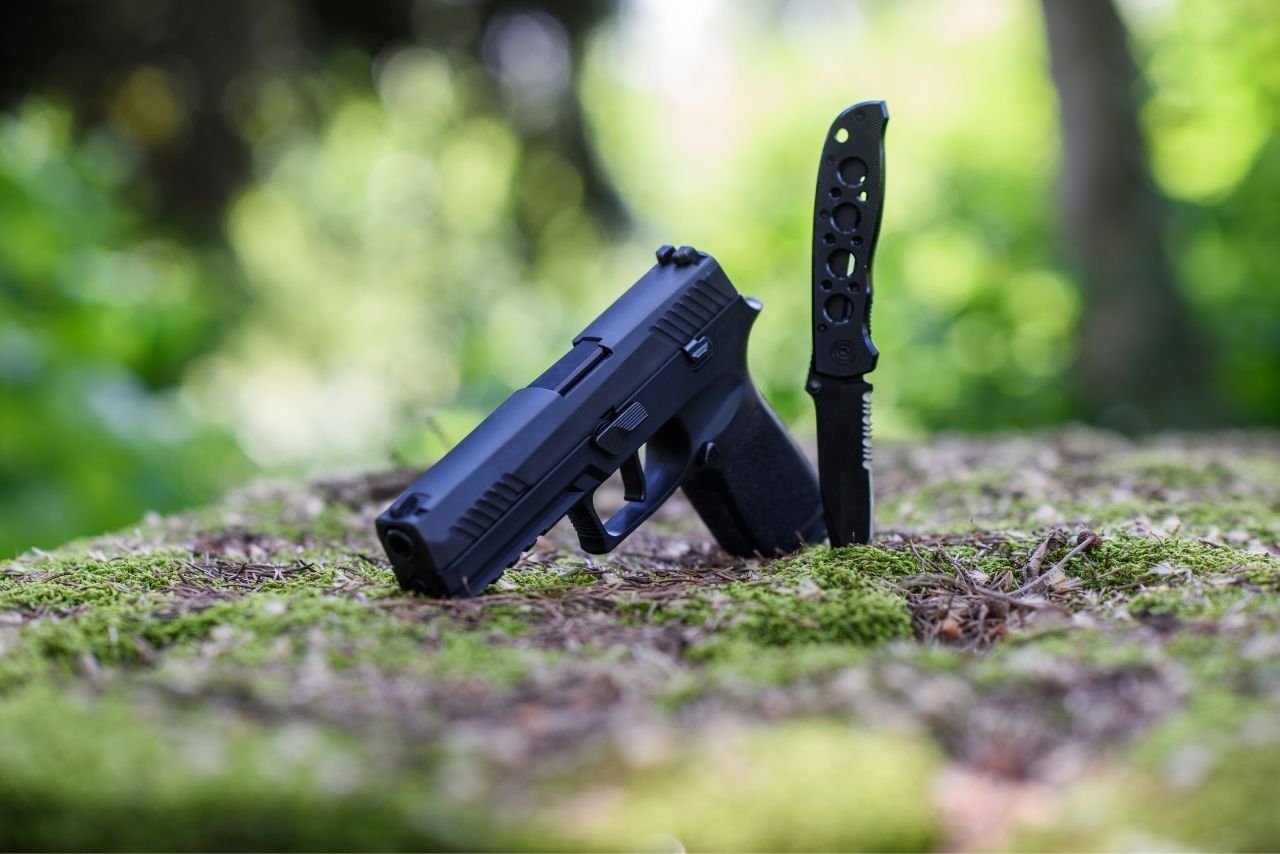 When talking about survival and prepping, self-defense often comes up.  That’s understandable as a lot of survival situations force us to have to defend ourselves.  Whether it’s from wildlife or, regrettably, from other people, having good self-defense options is crucial for any survivalist.  Such options can include martial arts, knives, pepper sprays, stun guns, and being in a generally good physical condition.

There is another tool for self-defense, however, that a lot of people don’t like talking about – handguns.  Admittedly, they are somewhat of a sore topic in the U.S.  Do keep In mind, however, that here we’ll be talking exclusively about life or death self-defense.

Besides, that doesn’t even include self-defense against people only.  If you find yourself lost in the wilderness and attacked by wild animals, you’ll wish you had a revolver instead of a stun gun in your jacket.

So, why should you choose a revolver for your survival prepping over other handguns?  And, as a follow-up – which are the best survival revolvers you should go for and what do you need to know about them?

Why do you need a survival revolver or handgun?

We won’t bother comparing revolvers and handguns to every other self-defense option.  We all know the difference between a revolver and a gun, there are even common sayings about bringing a knife to a gunfight.

However, it is important to note just how important a revolver can be for your survival.  Be it in the wilderness or an urban setting, a powerful and quality revolver can keep you safe from any attacker.

Why choose a revolver over other handguns?

So, you do want a handgun, great.  Why do we seem to single out revolvers from other handguns, however?  Aren’t they generally outclassed in most aspects by more modern handgun models?

Semi-automatic handguns do offer a lot of benefits revolvers lack, yes.  For a standard self-defense urban handgun, we would generally recommend a semi-auto pistol.  However, when talking about survival situations, there are reasons why revolvers are still used.

People often confuse pistols and handguns and use the two terms interchangeably.  That’s an understandable mistake to make unless it’s time to actually get a gun.  So, revolvers, pistols, and handguns, what’s the difference?

This main difference does drive most other practical differences between the two types of handguns.  So, let’s break them into pros and cons.

The pros and cons of revolvers and pistols

Spoiler alert – both types of handguns are very effective at what they do and have manageable drawbacks.  In other words, which of the two you’ll choose will mostly fall on personal preferences.  Hopefully, however, you’ll see why we generally recommend revolvers for survival prepping.

So, on average, both types of handguns have their pros and cons.  To sum it all up, our general recommendation would be – pistols for everyday self-defense and revolvers for SHTF survival situations.

What are the best survival revolvers

When choosing the right revolver or handgun for your needs, a lot of the choice will fall on personal preferences.  Do you want something that’s easy to conceal?  Do you prefer a heavier option with more stopping power?  Do you want an easy to fire and user friendly gun?  Or, would you opt for the simpler design of the revolver?

Those choices are largely subjective and depend on both your personal preferences and the circumstances you fear you may get in.  To give you some options, however, here are our suggestions for the best survival revolvers based on their caliber:

The choice of .22 revolvers is quite bountiful as is the case with pistols too.  For .22 revolvers You virtually can’t go wrong with a .22 Magnum so that gets our vote but there are also great .22 Ruger and S&W revolvers alike.

The .32 H&R Magnum is an excellent choice and has been for decades.  It’s a distinct improvement over the older .32 S&W models but it too has been surpassed recently.  In this caliber, we’d recommend the .327 Federal as it offers even greater stopping power.

This is generally a toss-up between the .38 Special and the .357 Magnum and it has been that way for decades.  Our personal choice is the Magnum but both weapons are worth considering.

The .41 is the default choice here with its good accuracy and mild recoil but you’ll find few people opting for it.  The reason being that if you’ve gotten into the forties, you may as well go for a .44.

In one of the most preferred calibers, we have the .44-40 Winchester/Largo, the .44 Special, and everyone’s favorite – the .44 Magnum.  The Special and the Winchester are old and classic revolvers that do their job well but we all know that the .44 Magnum would get the price here.  Ever since it was introduced in 1955 and made famous Dirty Harry himself, the .44 Magnum has been the king of the hill.  Deservedly so as well, it is an outstanding revolver.  And, as an added bonus, it can be found virtually anywhere in the U.S., that’s how popular that gun is.

So, in conclusion, our recommendation for a survival revolver, depending on your caliber preferences would be the .44 Magnum, the .327 Federal, or the .22 Magnum.  If you do want something smaller and lighter, however, it’s also worth looking at some semi-auto pistols like the .22 Ruger semi-auto.